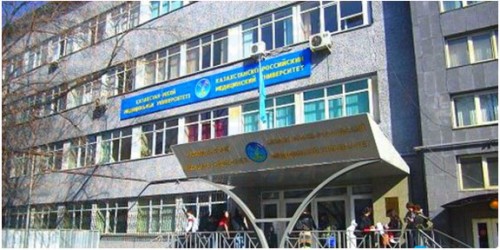 The students here are given nearly two hundred lectures on various subjects to guide and teach them through medicals school. Many of these lectures are given some well-known and reputed scientists and doctors too. The University all gives the students the opportunities to not only study medical in abroad but also practice in other states and countries.

If the sky remains clear, you can easily see the rugged and beautiful snow-covered mountains further south of the city. The slope of the city is from south to north which makes navigating easier here. Another small mountain range lies towards the east of the city.

Almaty is also a major tourist site in Kazakhstan. So traveling in this city is quite easy. There is metro, tram, taxi, trolley bus and other means of going around in the city. There are also several places here where you can visit for sightseeing and just relaxing, for example, National Museum, Republic Square, et cetera.

Currently, in the Kazakh Russian Medical University, there are above four hundred Indian students, going for from the various states in India.

• Among the private colleges, Kazakh Russian Medical University is a prominent University in Kazakhstan.

• The location of the campus is right in the middle of the city.

• The faculty is very easily available.

• The University also provides the students with special Coaching classes for the MCI tests.

• Enhanced and modern technology and software are used in this university.

• Kazakh Russian Medical University maintains noble relationships with the universities in Kazakhstan and throughout the world too.

• The University has some foreign scientists and some well-known and reputed doctors that provide the students around two hundred lectures to teach and guide them.

• The Academic Mobility Program of this University gives the students the opportunities to study ad also practice abroad.

The students in the Kazakh Russian Medical University can stay in the hostels that are situated within the campus. The hostels are quite modern and the rooms are also very comfortable. The students also have the option to enjoy several sports and social activities. There are swimming pools, sports halls and many other similar activities available for the students.

Requirements For MBBS Admission In Kazakhstan