About MBBS IN EGYPT 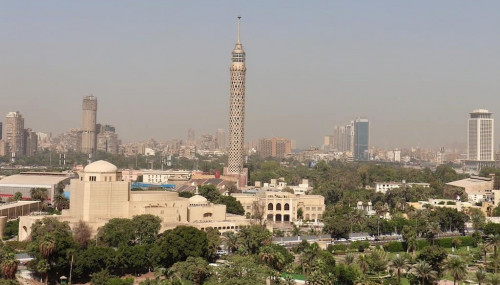 Egypt officially called the Arab Republic of Egypt is located in the northeast corner of Africa and among the top ten destinations in the world. It is the third-most populous country in Africa and one of the world's earliest and greatest civilizations. Egypt is a beautiful country with its imperative history, culture, culinary, religion, and versatile geography.

The history of Egypt is infinite and more interesting and much more than its thousands of years old  Pyramids and monument. Cairo is Egypt’s capital, known as an education hub.

Some interesting facts about Egypt to explore

•  According to UNESCO, Egypt is home to 7 of the world’s heritage sites, six of them are cultural and one is natural, being them: Abu Mena, Luxor, Old Cairo, The Pyramids of Giza Complex, many temples among Philae and Abu Simbel temples, the St. Catherine Monastery and the Wadi al-Hitan.

•  One of the greatest Egyptian foods is Tamiya, made out of bean paste. Molokhia is also a very common food in Egypt and consists of a soup made out of a very healthy green leaf, packed with antioxidants. Molokhia is a mark of Egyptian cuisine.

•  Egypt is huge in Music and people truly value music in the country. Some of the legends in Egyptian music names are Umm Kulthum, Mohammed Abdel Wahab, Abdel Halim Hafez, Sayed Darwish, and Abdul al-Hamuli.

•  The world-famous belly dancing dance style was born in Egypt and still to this day a very strong tradition all over the country and the world too.

•  Egypt is safe to travel to. The new government has implemented very strict rules on sexual harassment and the crime rate is very low and even though you will feel safe if traveling on your own, for the language purpose Egypt is best enjoyed with the presence of a tour guide who knows the area and can speak Egyptian Arabic.

•  Egypt is home to the 4th best-paid soccer player in the world in 2020, Mo Salah who is currently playing for the English team of Liverpool and has won several awards in the English and Champions League.

Egypt has become an education destination for pursuing higher education with various acknowledged and renowned educational establishments. Taking MBBS admission in Egypt is popular among foreign students due to its high-quality education at affordable fees. MBBS in Egypt is technically a7 years program including 2 years of practice. According to the Egypt government, official permission is required to reduce the number of years to 5 and in addition two years of practical training.  The evolved education system will help students to make their own choice and can practice from the very first year of their medical studies. The new education system with the evolved pedagogy making Egypt popular for MBBS studies.

•    A student must have completed 17 years of age as of 31st Dec in the year of applying for admission
•    NEET qualification is a mandatory requirement for an Indian applicant
•    A student must have scored 65%-70%/7 GPA in 10+2 (with Physics, Chemistry, Biology as the main subject and English as a compulsory language).
•    Documents required for Admission in Egypt
•    10th mark sheet and 12th mark sheet
•    NEET scorecard
•    TC/ Transfer Certificate
•    Birth Certificate in English as proof of date of birth
•    Passport copy
•    Police Verification
•    Bank statement showing the liquidity of funds to pay 1-year fee and living expenses
•    Passport size photograph against a white background

The visa invitation and visa stamping process for Egypt generally takes 3-4 weeks of time on the grant of which the student is ready to fly.
The average tuition fee of the universities in Egypt is around 6000 USD per year. The accommodation fee costs around $700 to $800 every year. The visa extension cost is around $150 every year.